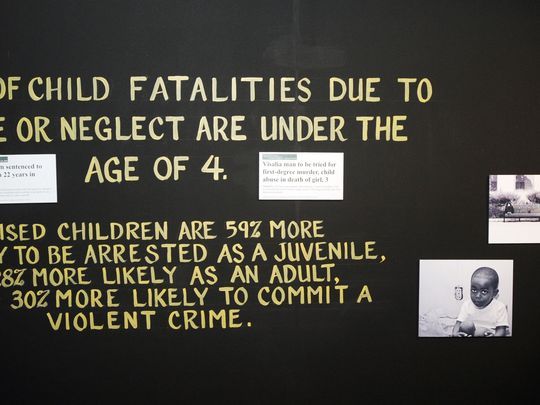 Original article by the Visalia Times-Delta 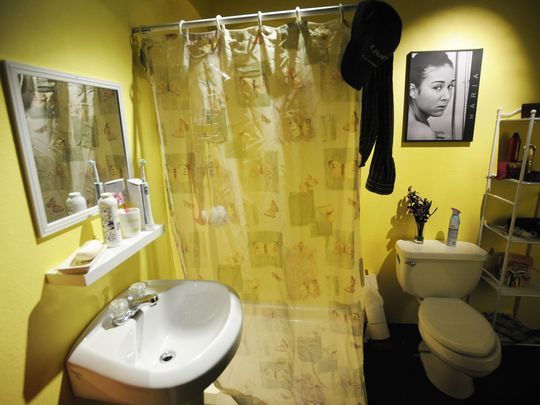 One out of every 11 children in Tulare County is a reported victim of abuse.

Today the once not-discussed horror of cancer is no longer a taboo subject, yet child abuse is still hidden behind doors. Even mandated reporters shy away from reporting possible abuse. Most people look the other way. The goal of the Child Abuse Prevention Council is to make it a subject that is talked about, the stories shared, the public saying we no longer will let this happen. As The Lisa Project says, “Some stories need to be told.” During Child Abuse Prevention Month in April, we tell the stories.

Some stories need to be told — even accounts of child abuse.

The Lisa Project is the best way that the Tulare County Child Abuse Prevention Council (CAPC) has found to make those stories come alive. In just 10 minutes, people walking through the Lisa Project come face-to-face with the reality of child abuse and neglect.

The Tulare County Office of Education is inviting the public to experience The Lisa Project from noon to 2 p.m. on Monday at the TCOE offices at 6200 S. Mooney Blvd.

The Lisa Project has come here several times before. Now CAPC has been licensed for the next five years to take The Lisa Project to various sites throughout eight counties in the central and south Valleys. That will include every high school in Tulare County. “Some people don’t think we can change the culture and secrecy of child abuse,” said Billie Shawl, CAPC executive director. “After seeing The Lisa Project, you can no longer say you are not involved.”

After being unveiled at the Tulare County Office of Education in March, The Lisa Project’s first stop was at Woodlake High School. The exhibit is a multi-sensory experience. You are given ear buds and walk into the first room where you hear, either in English or Spanish, the 911 call that the real Lisa made in tears and anguish, about her mother and her mother’s boyfriend screaming over a three-week infant. It shakes you up. The next room is pretty and pink, belonging to a well-to-do teenager who describes being physically and emotionally abused. Then there’s the room that’s in upheaval and filthy, with a boy telling how he sleeps on the floor with substance abuse around him. After viewing the exhibit, some students came out in tears. Others were thoughtful and asked how they could volunteer to help. Some students realized they were victims themselves. Counselors are available to help. “Universally, victims tend to feel the abuse is their fault,” Shawl said. “We need to get ahead of the abuse, make sure our victims aren’t being silenced. That only keeps them victimized and the perpetrators free to do it again.”

Origins of the Lisa Project

The Lisa Project was developed by Gene Harden in Stockton in 2010, and Shawl was there to see its opening. Harden and his wife, the president of CAPC in San Joaquin County, had just been to the King Tut exhibit in San Francisco. They had also seen a very effective “Walk through Africa” exhibit, a group of vignettes people walked through revealing new information in each room. “My wife and I had always talked about how to get the word out. When we saw the King Tut exhibit, we thought, why can’t we do the same kind of thing?”

Harden first thought the exhibit would depict different houses, showing that abuse happens across all economic and social platforms. He later modified it to show different rooms from different homes. He went into the studio to record the stories of abuse that would be represented in each room, and then built the walk-through project. In 2010 we had no idea we might be on to something,” Harden said. “Tulare County was the first to have it.” Since then it has traveled to 21 cities with over 100,000 people going through. But the two-trailer exhibit was difficult and expensive to transport. Harden is a team of one.

A scaled down experience

So he created The Lisa Project in 10, a smaller version with fewer stories that were carefully chosen as the most effective. It’s scalable enough so that one person can set it up. That version came to Visalia in 2014 and Farmersville last year.

“A year ago, I was joking with Billie; why not have your own Lisa Project?” said Harden. So he created a second Lisa in 10 for Tulare County. “It starts the conversation,” said Shawl. “It’s so impactful that it can create changes.”  Harden has received many emails over the last six years with first person accounts of how people are now standing up and making a change. “When I had The Lisa Project in Riverside County, I got an email from a lady in Tulare County. She said she had seen The Lisa Project, and the next day she and her kids moved out of an abusive house.” To ensure that students have support and more information when viewing the project, the Tulare County Office of Education will be writing a curriculum to go with it. The hope is that it will be incorporated into the classroom. “People don’t want to talk about child abuse,” Shawl said. “People protect the perpetrators and forget the victims. Five children die every day in the U.S. due to child abuse. People think there isn’t anything they can do, but there is a lot they can do. First, we can change our thinking and know that we are responsible for all children. If we see abuse and neglect, we need to speak up.”